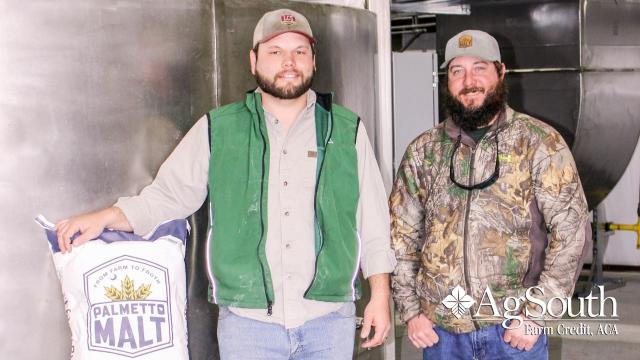 Palmetto Malt – South Carolina’s first-ever malt house – is taking local craft beer to a whole new level. Not only is the young man from St. George germinating grain to make malt, Jared Weathers is the farmer growing it, too.

What's Not to Love About a Good Craft Beer?

Craft beer is often made at a local brewery, and the artistry and attention to detail bring out incredible flavor. What’s not local is the malt used to brew the beer – simply because that product is not grown or processed in South Carolina.

Malt is the process of germinating grain to release enzymes and sugars needed in the brewing process to make beer. Breweries purchase the germinated, dried malt by the bag from a malt house. Most malt houses are middle-man processors. They purchase wheat, oats, or barley from farmers, germinate the grain to make malt, then sell malt direct to breweries. 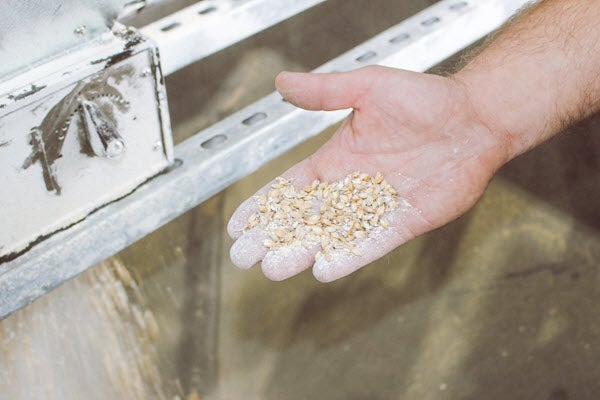 A Farmer Up for a Unique Challenge

Jared grew up on his family’s farm and always knew he wanted to come back home and work alongside his dad growing cotton, peanuts, corn, and soybeans. After working on the family farm for about 5 years, he had a conversation one night that inspired him to do something no one in South Carolina had ever done before.

One night at a local brewery, Jared got into a conversation with the owner about how they brewed their beer. He learned from the owner that the wheat used to make malt to brew the beer was purchased from as close as North Carolina or as far as the mid-west.

Why was malt purchased from so far away? The South is too hot and humid to grow barley at all, and difficult to grow wheat and oats at a quality that can be used for malt.

Jared was not deterred; in fact, knowing no one else was doing it motivated him to figure out how to grow malt-quality wheat in South Carolina’s low country.

It was a long learning road to figure out how to start this new business enterprise on his farm. No one else in South Carolina was growing grain for malt. Barley is not grown in the Southeast. No one else in the state had a malt house to learn the process from. Jared set out to learn everything he could about both growing the grain crops and making the malt.

He found farmers in Tennessee and Kentucky that have helped him get barley seed and learn how to grow his grain crops for the right quality needed for malt. He also traveled to both Texas and Colorado State to take classes on making malt and get help putting together a business plan and cost analysis for the new venture.

After financing the purchase of a used intelligent malt system and a shelter to house it in, Jared then set out to start learning how to malt – through a lot of trial and error. He and his business partner Alex Reeves spent untold hours and went through numerous test batches before they got the process right.

Every batch has to be tested for color, protein levels, sugar levels, and more. Quality is affected by the amount of water added, how long to germinate, how long the grain rests, and more. Getting it wrong impacts a beers color, flavor, and foamy head – and ultimately means a malt that will not sell. The science and detail that goes into the beer-making process is mind-blowing! 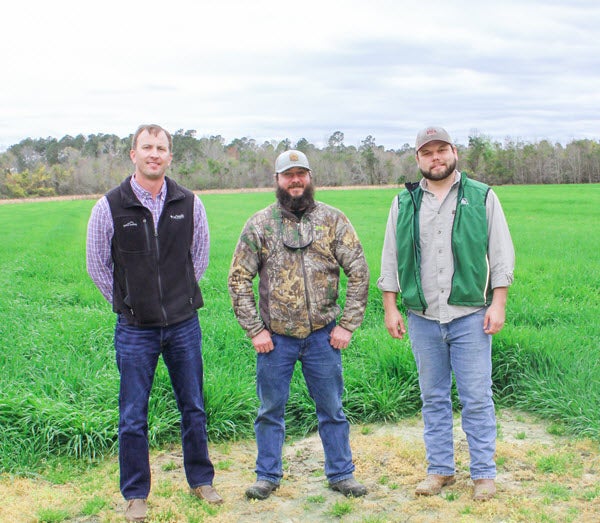 Challenges and Blessings in 2020

Palmetto Malt opened for business and started selling malt in 2020. While 2020 was not necessarily the year they imagined it would be, Jared admits it was probably a blessing in disguise. The slow-down in the craft beer industry meant they could really focus time on getting their malt right. He also spent that time building relationships with local breweries – and that effort is paying off in 2021.

While there is novelty in Palmetto Malt being “The Only SC Malthouse” and “Certified SC Grown,” Jared’s main sales focus for Palmetto Malt has been to provide a quality malt and high level customer service. They are currently selling malt to nearly 20 breweries from Charleston to Greenville, and Columbia to Savannah.

So, Where Can You Grab a Beer?

Charleston Distilling has contracted with Palmetto Malt for 2021, a partnership Jared is proud of.

Rusty Bull will be offering beer brewed from Palmetto Malt at this year’s River Dogs games.

Steel Hands Brewing has partnered with Palmetto Malt to grow and malt a field of barley just for them.

Where Do They Go From Here?

Jared and his wife Kellie, their first baby on the way, and his business partner Alex Reeves are excited about the future of their growing enterprise. They are looking forward to securing more contracts with breweries as they continue to tweak the quality of their grain crops, as well as the quality of the malt. Looking to hopefully expand down the road, their goal is to do that in a way they can maintain top quality and service.

Jared’s advice for anyone looking to enter a new farm business venture? “Don’t get frustrated! So many things have to go right.” Keep trying, keep learning, and put in the long hours, and learn from your mistakes.

Then go have a beer.