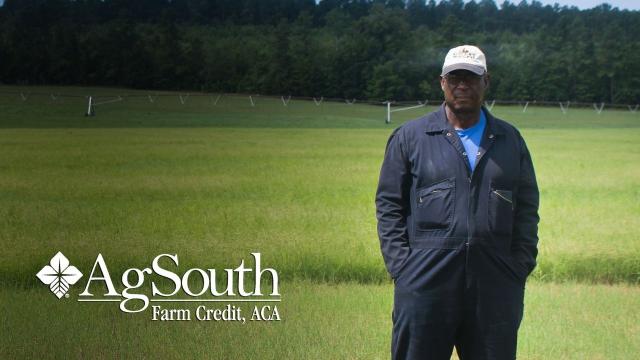 From Dillon County, South Carolina to Vietnam and beyond. Learn how this Marine Corps Aviator Veteran made his dream of flying and farming come true.

What if you have more than one dream, is it realistic to chase them all? What are you willing to do to fulfll those dreams? When Jim McClain was asked what he wanted to do during his life he stated two things: to fly and to be a cowboy. Now as a former United States Marine Corps aviator and owner of The Flying Leatherneck Ranch in Orangeburg, South Carolina, Jim McClain can rightfully claim that he is living both of his dreams.

From Dillon County to Vietnam and Beyond

Jim McClain grew up working in the tobacco fields where his father was a sharecropper in Dillon County, South Carolina- an experience that ignited a growing desire to one day own his own land. After high school, Mr. McClain started his military career in the Air Force where he did a tour in Vietnam. After his time in the Air Force, Mr. McClain decided to further his education at Arizona State. When the Marines needed pilots Mr. McClain said he “couldn’t raise his hand fast enough”. Along with flying in OV-10s, A-4s and F/A-18s, he also served as an infantry officer commanding L3/7 and director of public affairs for 12th district and 3rd MAW. While Mr. McClain’s military career came to a close in the early 90’s, his farming career was only beginning.

Although he thought he would never come back, in 1991 Jim and his wife Linda purchased the 600 acres in South Carolina that is now The Flying Leatherneck Ranch where he farms Coastal Bermuda hay and Black Angus cattle.

What makes Mr. McClain’s operation so unique compared to other local farmers is that he offers irrigated hay— a western farming practice influenced from his time in Arizona and California. Irrigation helps him reduce the risk of low production from lack of rainfall and allows him to produce a consistently high quality product. Another way he insures premium quality hay is by sending samples to a New York based lab specializing in equine diet chemistry analysis. Upon entering the farm it is not unlikely to see a couple of Jim’s horses grazing the land and munching on hay— the very same hay he serves his customers. “My horses eat the same thing yours do” McClain proudly declares. Because irrigated hay is far less common in the south, McClain accredits his success in the industry to his knack for “asking a lot of questions.” He also gives due credit to his wife, Linda, for keeping the farm up and running when he is away.

Mr. McClain has a large and loyal customer base who keep him motivated to continue going above and beyond to consistently provide them with premium products. “I always strive to be the best”, McClain states. “I want to make sure nobody grows hay better than me.”

For Mr. McClain, farming is not just a job— it is his dream. A dream that he enjoys sharing with his family, especially his three grandchildren. Mr. McClain wants to share something else as well—some advice for anyone chasing their dream. First, McClain says to have a plan— a starting point. Next, know the steps you need to take, and last but definitely not the least, you have to have passion.

If you’re interested in buying land in South Carolina or Georgia, one of our local loan officers would be more than happy to help. Find an AgSouth Branch near you!