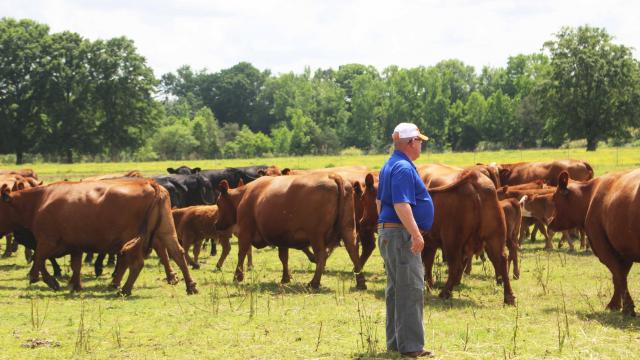 What does it take to become a Century Farm in Mountville, South Carolina? The answer might be different than you think.

Driving by the Coggins’ Farm in Mountville, South Carolina, the old farmhouse and dairy barn, both of which sit vacant, invite questions about the past. We asked David Coggins to tell his story – and it’s a crooked and winding road to living his dream. But it’s his laughter, determination, and humble emotions behind the façade that captivates the heart.

BORN WITH A DREAM

The now 100-year-old Century Farm was purchased by David Coggins’ granddaddy in 1918. They started a dairy farm on 132 acres where they milked cows and sold milk to the local college. They also raised chickens and sold eggs locally so the family could buy groceries.

Mr. Coggins was raised working on that farm. The farm life – especially dairy farming - is hard, but the passion for farming was born into Mr. Coggins.

“I always wanted to farm - since I was knee-high to a grasshopper.”

It was all he ever desired.

When he and “Mama Jackie”, a city girl, got married in 1975, he brought her home to the farm. She didn’t much care for her brand new husband to leave her in the house by herself at 2:00 am every morning. But she has always been an important part of the farm – working a full time job as a registered nurse, tending to the house and their four children, while Mr. Coggins worked long hours at the job he loved to provide for his family.

The 1980’s was hard for farmers, and the dairy business was no different. In 1989, after 71 years of milking cows, Mr. Coggins and his dad made a tough and scary choice.  They sold the cows and everything they could in order to keep the family farm.

With four mouths to feed, Mr. Coggins left the farm to get a job. “If you have a family, you have to do what you have to do.” He ran the mill at Adluh Flour in Greenwood, South Carolina for five years before taking a job with Fairway Outdoor in Spartanburg, South Carolina selling billboards. He sold billboards on commission for nine years.

THE JAM IN THE JELLY ROLL

During the 15 years that Mr. Coggins worked off the farm, he never stopped dreaming of how he could get back to farming full time. He and his dad kept their land and raised replacement heifers for some dairy farmers in North Carolina, always keeping an open mind for an opportunity to expand. “As time went on, things began to work in our favor.”

Then God started to open that door.

At work one day, he met with two men who were interested in doing a billboard campaign in their area. Those men were also loan officers at AgSouth Farm Credit. Needless to say, the billboard sale was just the beginning of the relationship.

Shortly after that, Mr. Coggins got word that the local poultry integrator was expanding their production and were looking for farmers to put in chicken houses.  The expansion was “the jam in the jelly roll that put it all together.”

Working with both the integrators and his new friends at AgSouth he soon had six chicken houses. So at the age of 50 – 15 years after closing the dairy operation – he was finally coming home to the farm.

THE JOURNEY IS NEVER COMPLETE

It’s been 17 years since his dream took off, and he couldn’t be happier or more humbled by his journey. Currently, Mr. Coggins farms his six chicken houses on the original 132 acres his granddaddy bought, plus an additional 70 acres he bought from his mama. He also runs 60 head of Red Angus mama cows, grows hay and cuts silage to feed them. 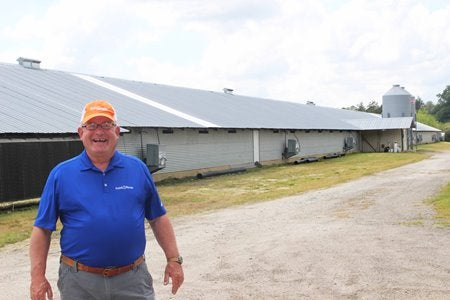 But he’s not done. He and his son and son-in-law have recently purchased an additional 250 acres and are going to build an additional 18 poultry houses. He also has many ideas for expanding his cow herd and buying back additional family land.

THE FRUIT OF HIS LABOR

Mr. Coggins’ journey hasn’t been a smooth or easy one. But to hear where he’s come from and what he’s been able to accomplish is a story of determination, testament of his character, and picture of his faith.

His joy, and fruit of his labor, is being able to watch his four kids and 14 grandkids live, work, and grow up on the family farm. 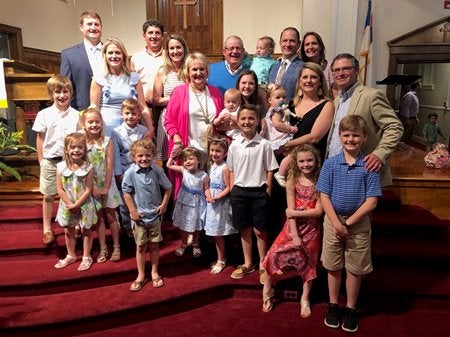 With a journey like he’s been on, Mr. Coggins is full of humble advice for those struggling with – or wondering if they ever will – achieve their dreams.

"Just because your first dream didn’t come true, doesn’t mean that you can’t change what’s going on in your life – take another job, do something else. And if the good Lord intends for it to happen, it will come full circle and come back together."

Thank you, Mr. Coggins, for never giving up on your dream.

If you need help financing your dream of a family farm, we would love to be a part of your journey. Contact us to get started. For more Stop Dreaming and Start Living stories, visit our blog.